The combined population of Central America is approximately 43 million.

Guatemala is the most populous of the Central American countries with a population of approximately 13 million. Guatemala’s economy is dominated by the private sector, which generates about 85% of GDP. Most manufacturing is light assembly and food processing, geared to the domestic, U.S., and Central American markets. The United States is the country’s largest trading partner, providing 41% of Guatemala’s imports and receiving 34% of its exports.

Products from Ireland and/or Europe have very low market penetration in Central America. Huge potential exists in intra EU-Central American trade. The EU and the Central American region concluded a new Association Agreement, signed on 29 June 2012, which resulted in the elimination of most import tariffs and better conditions for trade through new disciplines on non-tariff barriers to market access, competition, and intellectual property rights.

In trade flow in goods between the EU and Central America has increase significantly, by 15% in average between 2008 and 2012, up to EUR 14,9 billion. The EU’s share in Central American trade has remained largely stable at 11.3% in 2012. Historically the bulk of most Central America countries trade is with the USA and Latin America, and it is only recently that the region has actively sought to increase its trade with Europe and Asia. 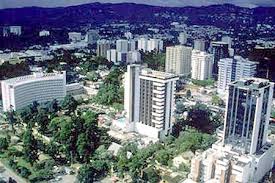 Guatemala’s main food products include maize, sugar cane, coffee, bananas and cardamom (a food spice). Guatemalan coffee is reputed to be of the highest quality available. Much of the sugar cane is used for biofuels.

Guatemala has a highly developed drinks industry, with strong national brand names including beer brands like Gallo, Monte Carlo and Dorada Draft and Rum brands like Zacapa, Bortan and XL. Guatemalan rum is mostly a dark rum made from sugar cane rather than from sugar beet, which gives it a disctinctive flavour not experienced outside of Guatemala and Central America.

If you require any further information, please do not hesitate to contact us

We use cookies to ensure that we give you the best experience on our website. If you continue to use this site we will assume that you are happy with it.Ok